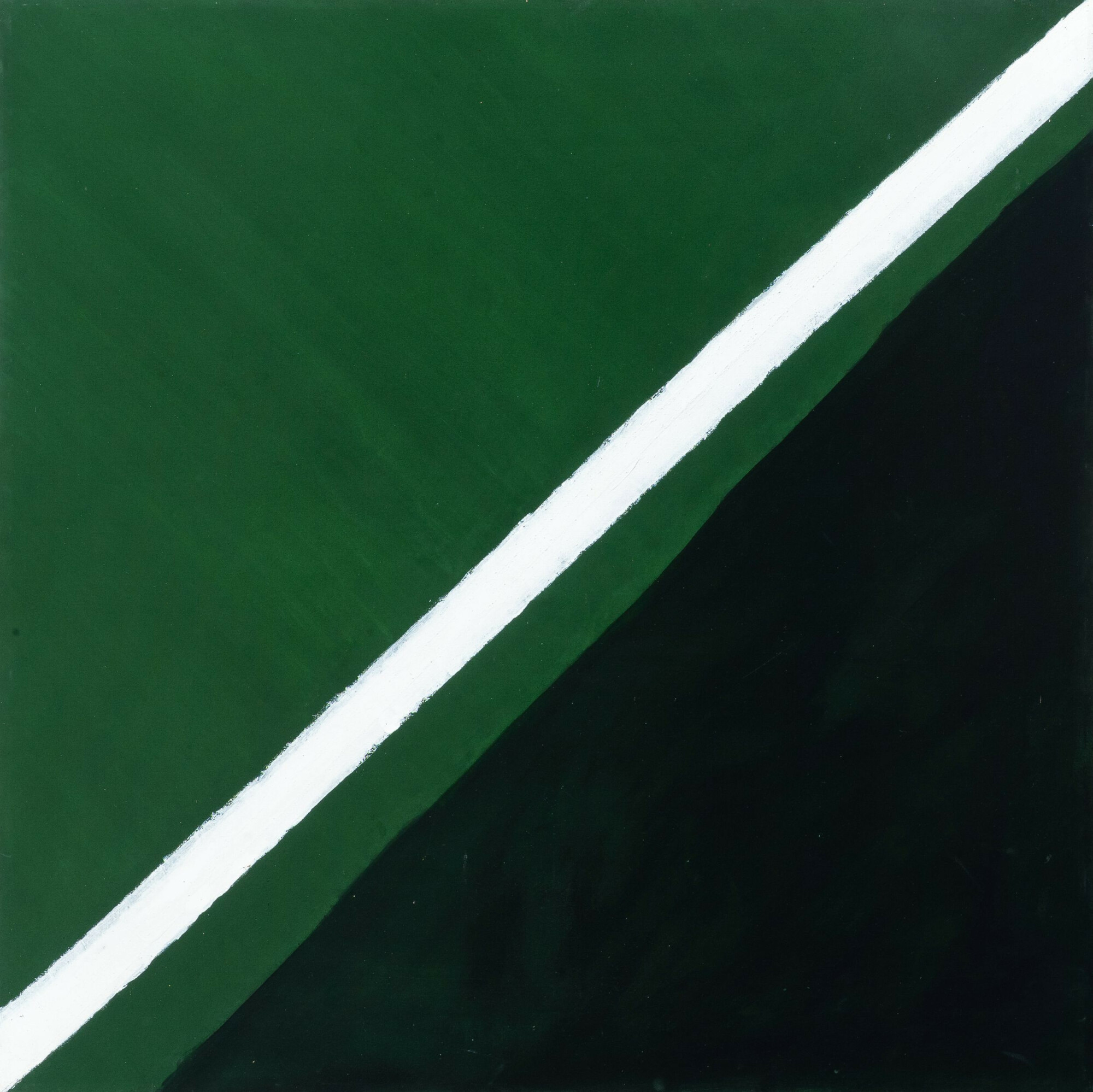 De Keyser and the line

At the end of the 1960s, the line appeared in De Keyser's work. The painter is then still in his early period. He makes abstraction of lines he sees on a football field near his home, where he likes to go and watch the marking of the turf. The way the grass doesn't conform to the straight edges defining a real line intrigues him. This fascination reveals itself in his oeuvre as lines that are deliberately not straight.

Raoul De Keyser will turn out to be an interesting and hard to classify actor in Belgian post-war painting. If someone calls his green paintings with white chalk to be figurative, he shakes his head: after all, they are just plain fields with lines? And if someone finds them abstract, he shrugs again: it’s only a football field, isn't it?

His work will later evolve towards fundamental painting. The painting process itself takes center stage – the exploration of the boundaries of matter. A canvas as a carrier of paint with traces of the artist's touch in the pictorial layer.

It is partly because of this that Raoul De Keyser is sometimes called the favorite of many painters. He has been of great significance for the next generation such as Luc Tuymans and Michaël Borremans. His paintings possess a tactility that is in danger of being lost in today's art experience. Many other artists appreciate this search and experience it as liberating themselves.