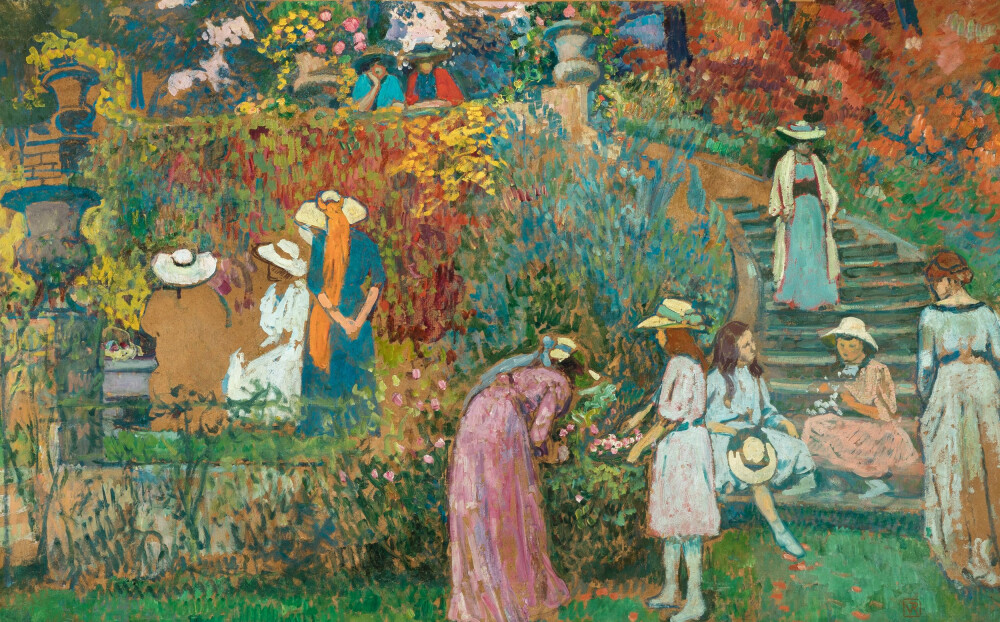 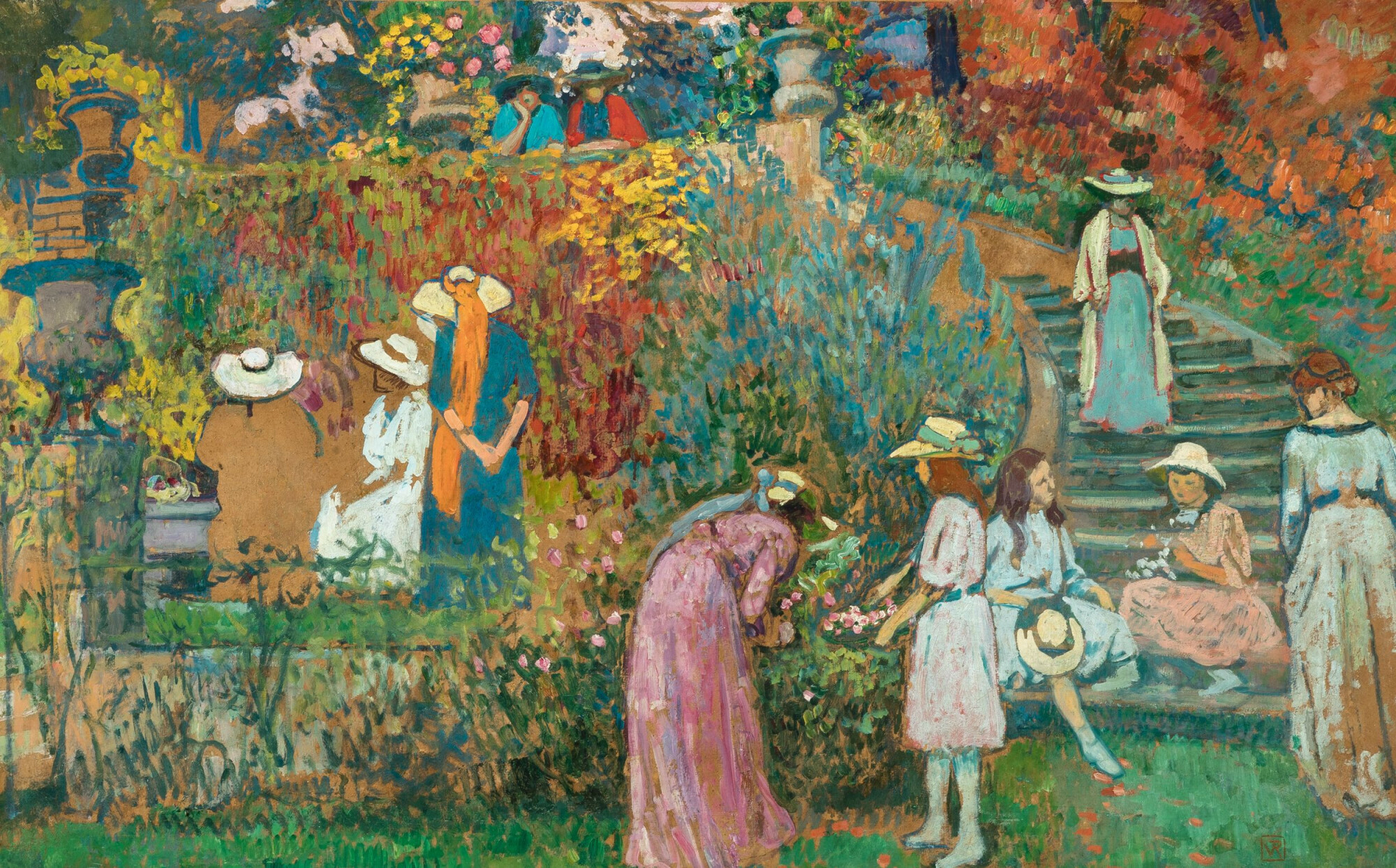 Oil on cardboard on canvas

In 1909 Théo Van Rysselberghe received various assignments for Paul Nocard's villa, owner of the renowned perfume house Pivert. For the atrium of this prestigious building in Neuilly-sur-Seine, the wealthy Paris' suburb, he created five panels.
The monumental stairs were designed by Félicien Rops for his large mansion "La Roche Claire" in La Demi-Lune, at Corbeil-Essones, near Paris.

With certificate by Mr. Olivier Bertrand

FLAMING IMPRESSIONISM On this sunny autumn afternoon, a company of elegant ladies are enjoying the idyllic garden. Nature conjures up a fairytale decor in the most exuberant colors. The ladies each pursue their own meticulous choreography, their discreet presence being in harmony with the splendid nature. The composition is build up by the voluminous power of the colors. A few minimal architectural elements ensure balance. The staircase is an impressive showpiece, but its monumentality is overgrown with lush vegetation. In “Au pied du grand escalier” Van Rysselberghe uses his brush with a lively sense of freedom and spontaneity. The short brush strokes are still reminiscent of his rigorous pointillé technique, but are now less rigid and buzzing with energy. The strokes unfold in a luscious palette of beautiful autumn colors. Alternating hues of flaming orange and red, soft shades of ocher, and fresh verdant green and lavender blue, display Van Rysselberghe’s masterly painting skills. The gardens of Félicien Rops in Essonnes in the Île-de-France region served as inspiration for this painting. The intense light and the way colors create a feeling of warmth are reminiscent of Van Rysselberghe’s Mediterranean works. He designed a grandiose and harmonious ensemble for the Villa Nocard in Neuilly near Paris, in which he integrated bucolic garden views into the interior. The monumental panels he designed were created after meticulous preparations, which also included “Au pied du grand escalier” (1909-10).
Back to overview